Katana is one of the traditionally made Japanese swords that were used by the samurai of ancient and feudal Japan. The katana is described by its distinctive appearance a curved, single-edged blade with a circular or squared guard and long haft to accommodate two hands. It is generally defined as the standard size with a blade length greater than 60 cm (23 1⁄2 inches).

Citadel’s katana started to work with Cambodian blacksmith and started to make swords by unique ones. Japanese method of making katana are closely guarded secrets among citadel sword makers, they broke many blades and took around 3 years to made the right Japanese sword perfectly.

Citadel's katana blades begin life as steel billets of imported (European) 1075 high carbon. It is a high carbon steel with just the right amount of carbon to form the blade's edge sufficiently hard but not too much as to risk becoming brittle.

Using imported French 1075 carbon steel billets, Citadel swords was heated and shaped by hand, clayed and differentially hardened the old-fashioned way with the only power tool in sight, an angle grinder for rough shaping everything is made entirely by hand. 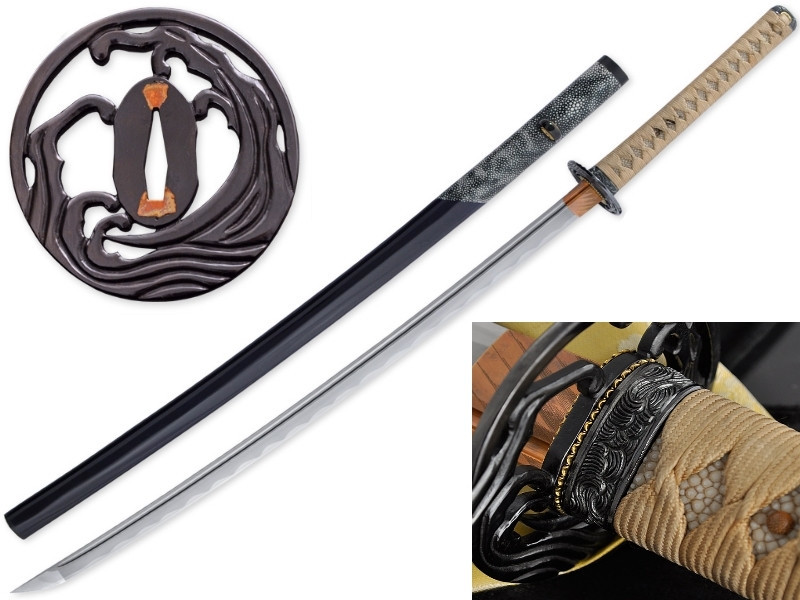 Citadels handmade Katana have an international reputation for their quality, with each blade painstakingly forged and mounted by hand even crafting the fittings such as tsuba in house and engraving them by hand. Attention to detail and avoiding cutting any corners in their manufacture puts Citadel swords in a federation of their own, second only to high end United States based custom sword makers and of course, Japanese made Nihonto.

Each katana is an art and is considered by many as the only serious alternative to Japanese made swords. Japanese spirit is respecting with humility and the Japanese acknowledge existence of Citadel workshop, which is an honor for them. Citadel katana competence in quality with Japanese sword, but they are sold at a fraction of their cost, which is their big advantage.

Each sword is one and only and made by hand of masters. The Citadel’s purpose is to make katana not only effective but harmonious and beautiful as well.